A Trip to the North. 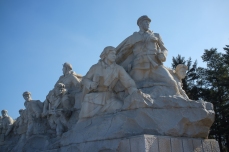 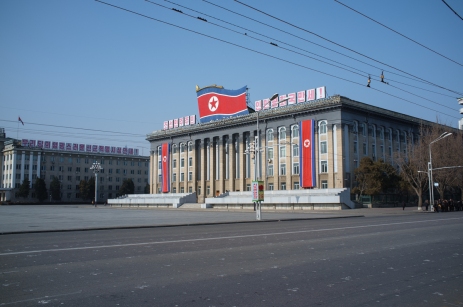 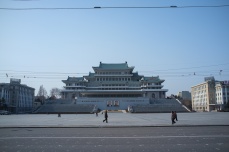 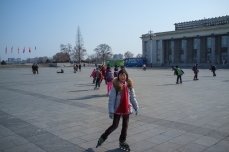 I traveled to North Korea in February of 2013 to observe The Day of the Shining Star, also known as Kim Jong Il’s Birthday. It is one of the biggest holidays in the country for obvious reasons. I figured it would be an unforgettable time to be in North Korea during this event and man, I was not disappointed.

I use a fixed-lens 35mm camera for my photography and I am usually very happy with this instrument. However, traveling in North Korea, I sometimes wished I had an interchangeable lens camera as it would have given me more flexibility on the subjects I could have photographed. Compared to other places, it’s a bit more difficult in North Korea to get up close to the subjects you want to snap photos of.

I saw dazzling monuments to Kim Il Sung, Kim Jong Il, and Juche (North Korean brand socialism). I had the rare opportunity to see Kim Jong Il’s embalmed body at the Kumsusan Palace of the Sun. We went out to the countryside and saw traditional Korean homes and Buddhist temples. But perhaps my favorite part of the trip were the walks around Pyongyang. Granted, the guides took us to certain, nicer neighborhoods in an obvious effort to hide the poverty and other ills that plagued the city and country. We explored the areas surrounding the famed Mansudae Apartments, Pyongyang Square, and other parks and public institutions. Despite the restrictions, the walks gave me a small glimpse of what normal life was like in Pyongyang.

Because I am a Korean-American and can speak the language, I was able to interact with some locals on the street.

Not all that I reached out to were receptive to having a conversation with a complete stranger on the street but for the few that did, they were very curious and interested in my background: a Korean from the West. Not once did I experience any hostility from North Koreans regarding my American citizenship. In fact, they were extremely kind and displayed the kind of hospitality and warmth that is characteristic of Koreans. I did wonder at times if my ethnicity trumped my nationality. The children I encountered playing at the park or rollerblading in Pyongyang Square had no problems having their photographs taken. In fact, they encouraged it! They got a kick out of interacting with me, the “enemy.”

It is important to remind myself, that what I saw in North Korea was a very sanitized exhibition of the country. They did a not perfect, but still very good job hiding the terrible things that are normally associated with North Korea: the poverty, the lack of basic human rights.

Nonetheless, my encounters with the North Korean people have shown me that they are no different than any other groups of people. They were shockingly normal.